The times they are a-changing

The clocks go back this weekend, in that strange process called "daylight saving" where they take an hour of light from one end of the day and stick it on the other (I've never been able to work out where the "saving" bit comes in).  It was originally intended to save fuel, by moving the working day into daylight hours. Germany introduced it in 1916, to save on coal during WW1, and other countries swiftly followed suit.   In 1996 the European Union harmonised the date so all member countries now change the clocks on the same day, namely the last Sunday in October.  Iceland doesn't bother.

Additional benefits of daylight-saving were to allow outdoor leisure activities to take place after work - Churchill argued that "it enlarges the opportunities for the pursuit of health and happiness among the millions of people who live in this country" - and reduce the amount of daylight hours that people "wasted" by sleeping through them.   It wasn't until the 1970s that somebody noticed it led to a reduction in traffic accidents, and today there is talk about the benefits of sunshine on human health, vitamin D production, SAD and so forth.  But the annoyance factor is still considerable, and every year there is a debate about whether daylight-saving needs changing or abolishing.

Mainland Spain is on Central European Time (GMT+1) and the UK is on Western European Time (GMT), but most of Spain is geographically further west than the UK.  Therefore the sun rises and sets later here, so in general we get up and go to bed later (that's my excuse anyway).

At the moment it doesn't get light till nearly 9 a.m. in Andalucia but the schools start at 8 so all the kids are going to school in the dark.  In the UK, one of the reasons always given for maintaining British Summer Time is so they don´t have to do this. Many people believe it would make sense for mainland Spain to move to Western European Time, along with the Canary Islands and Portugal, but others (mainly businessmen) want to stay in line with the majority of mainland Europe.

The opening hours for shops and businesses in Spain are regulated by the government. Shops are usually open from 9:00 or 10 am until 1:30 or 2 pm, then from 4:30 or 5 pm until 8 pm (except Saturdays). In summer the second shift is usually put back an hour or two. Large department stores and big air-conditioned shopping centres are open all day, usually 10 am till 10 pm. Professional offices usually open from 10 to 2, then from 4 to 7.  Banks are open from 10 to 2, then by law, they can choose either to open one afternoon a week, or on Saturday morning.

The suits are pushing for change in Spain's traditional office hours, abolishing the long afternoon break in favour of 9 to 5 (or more likely 8.30 till 6) so that they work the same hours as their counterparts in the rest of Europe and can phone each other, join in videoconferences etc.   This is already the norm in Barcelona and is increasingly common in Madrid.  But workers on the whole prefer their split shift. Lunch is the main meal of the day in Spain, usually consisting of three courses, and it can't be enjoyed properly in an hour (especially if accompanied by a glass or two of wine).  A snooze afterwards makes sense, especially in the summer heat.

Sunday trading is strictly regulated, though for that we have to thank the unions rather than God.  Small shops can open if they sell bread or newspapers, or are in designated tourist areas, but the big stores can only open on eight Sundays a year.   However the many Chinese bazaars seem to have laws of their own and even the Alcalá ones open on Sunday.
This is all likely to change when the next government gets in, as they are committed to deregulating anything that might be seen to affect profitability.  It would also make a huge amount of sense for tourist attractions, visitor centres, museums etc, many of which close at 2, to open during the afternoons when tourists from overseas actually want to visit them.

But regulations and Working Hours Directives do not feature strongly in the psyche of the average alcalaino.  You do what needs doing and it takes as long as it takes.  Builders and painters often work 12 or 14 hours a day with no siesta, even in midsummer.   Shopkeepers close at short notice for their daughter's communion, bars open when people are thirsty, council workers and the Policia Local seem to spend as much time in Dominguitos as behind their desk, and even the post office occasionally sports a "back in 15 minutes" notice on the door.

The famous clock on the Alameda is right sometimes, but not often enough to be relied on, and the one on the Plaza Alta has been stuck at two minutes past midday since time immemorial.

This week Alcalá hosted the first Feria de Muestras de Productos y Artesania del P.N. de Los Alcornocales, organised by the Junta de Andalucia Department of the Environment. The aims of the event, which will take place in a different location each year, are:

Twenty stalls were set up in the Paseo de la Playa and the adjacent Parque Municipal.  Some were selling their locally produced goods including cheese, honey, chorizos, bread and cakes, wine, salt, pottery and glassware, wooden bowls and baskets.  Others provided demonstrations and talks by visiting experts on traditional activities such as making charcoal, cork harvesting, forestry and hunting.

Members of the Alcalá Adult Education Centre dressed up to provide a "living museum", culminating in a giant degustación of hot gazpacho, for which the town is famous.  The forestry stall sold indigenous plants; visiting schoolchildren were each given a sapling as part of the Plantemos para el Planeta (Let´s plant for the planet) initiative.   Behind the scenes there were lectures and workshops for professionals and organisations on how best to manage the Park's resources.  Guided walks and excursions into the Park were also available. 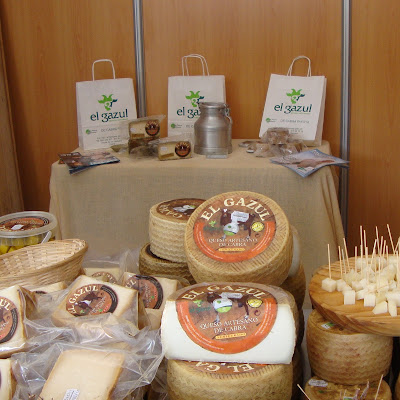 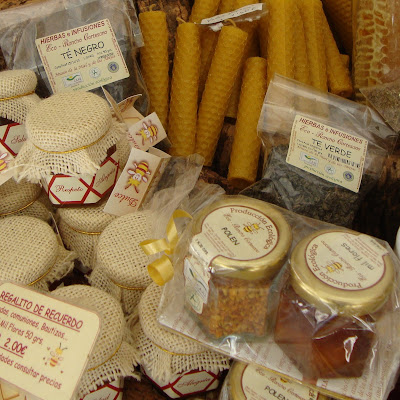 Honey products from the Rancho Cortesano 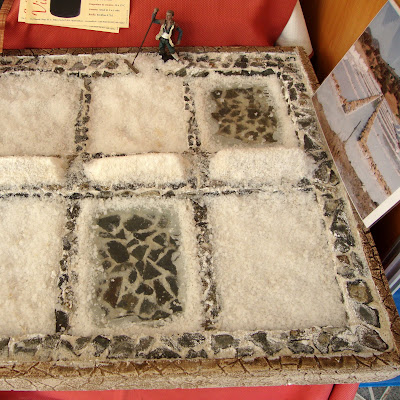 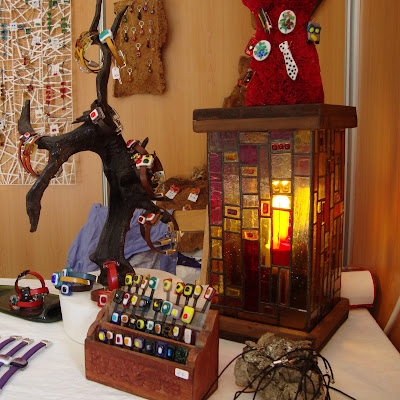 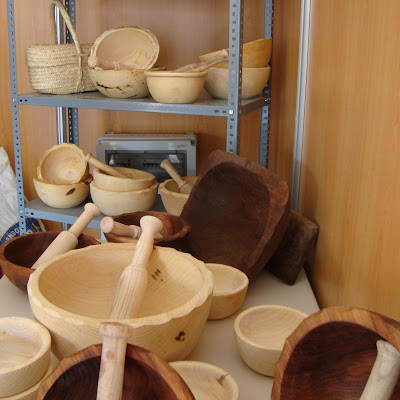 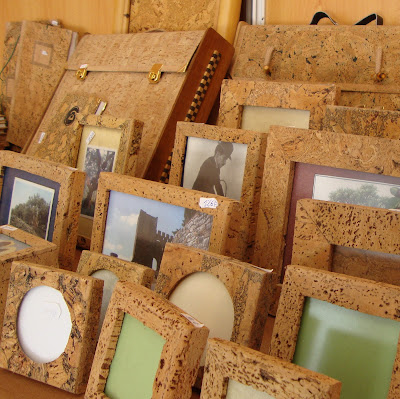 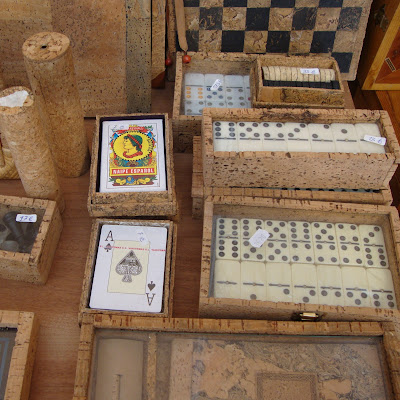 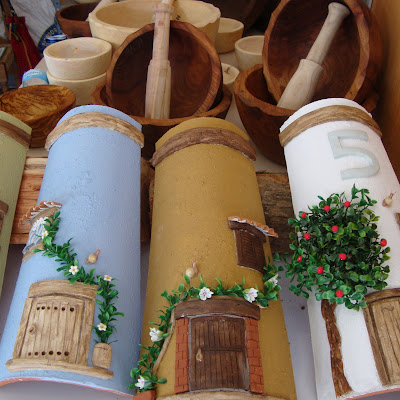 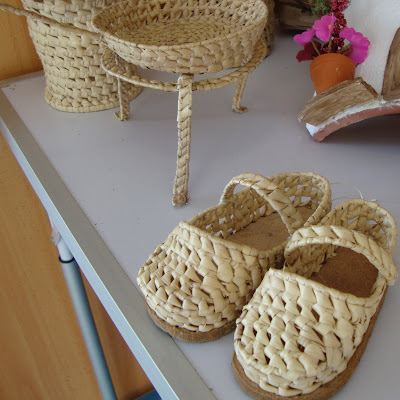 Assorted handicrafts made in the Alcornocales 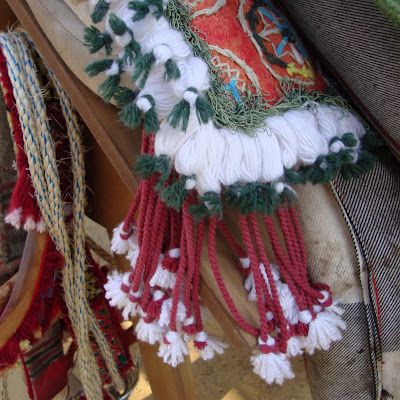 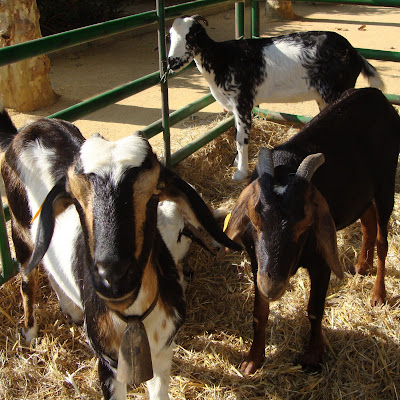 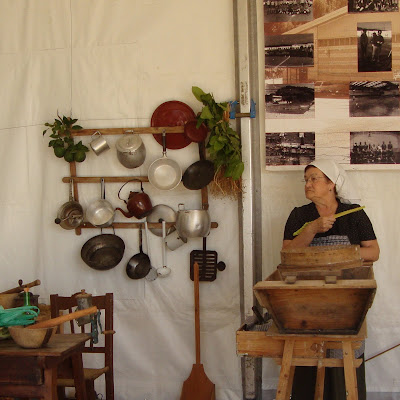