This video of the parade is a million times better than mine - thank you Wenceslao Perales!

Some of the highlights from this year's Carnaval in Alcalá de los Gazules, three days of fun and frolics on the streets, in the bars and in the grand marquee.


Thanks to photographer Chemary Gomez Reyes for the following. You can subscribe to his YouTube channel CHEMARYALCALA for lots more videos of this year's Carnaval and other events in Alcalá de los Gazules. 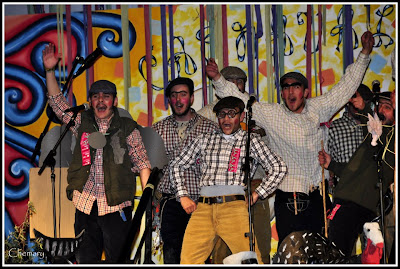 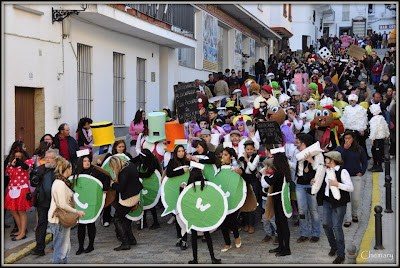 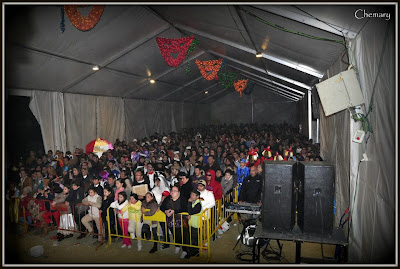 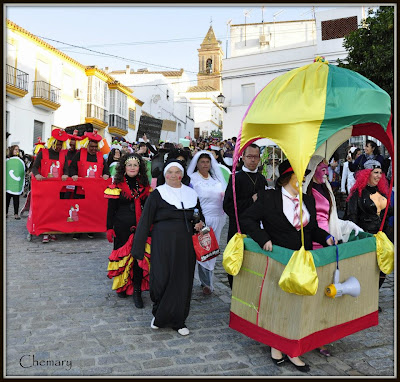 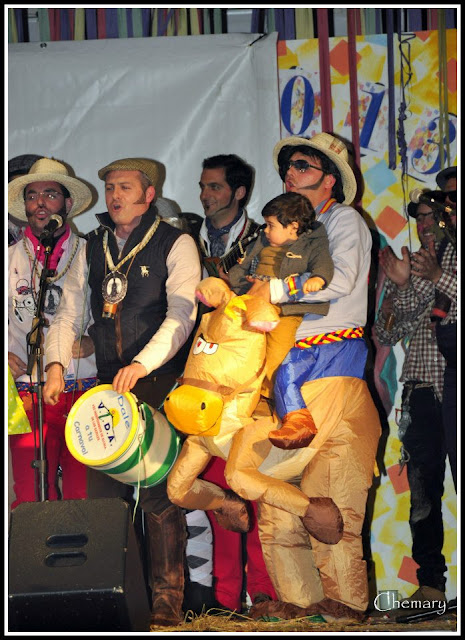 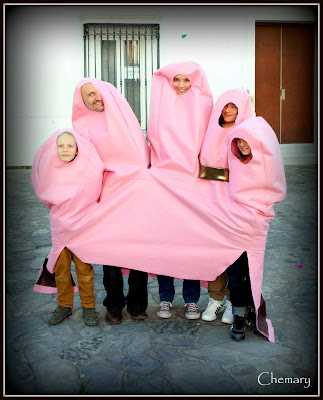 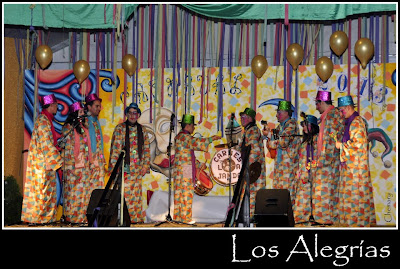 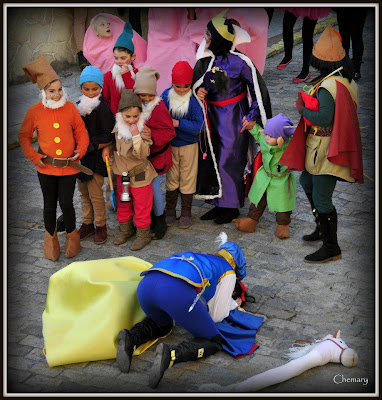 Spain, and especially Andalucía, adores its musical divas.  One of the favourites, Marifé de Triana, died yesterday on the Costa del Sol aged 76, and already a chapel of remembrance has been set up at Torremolinos town hall for her many fans to pay their respects.

Marifé (born María Felisa Martínez López) was one of the queens of copla, a uniquely andalusian genre that draws on flamenco, folk songs and zarzuela, sung with a melodramatic passion and usually accompanied by an equally melodramatic orchestral arrangement.  Here she is singing La Loba (the she-wolf).


Copla andaluza became popular in the 1940s, and is as popular today as it ever was. On Saturday evenings during the winter months, Canal Sur TV broadcasts the Andalusian equivalent to The X Factor, Se llama copla, which is watched by millions.  The contestants are mainly women, and the costumes are as dramatic as the songs.


Another great copla diva was Rocío Jurado, from the Cadiz coastal town of Chipiona. With a career lasting more than four decades, Rocío was known throughout Spain and Latin America as la mas grande de España ("Spain's greatest"). First achieving fame as an actress while still in her teens, she appeared in a dozen films, but found greater success as a recording artist, releasing more than 30 albums spanning flamenco, traditional copla and canción ligera (romantic ballads).

Her private life was of as much interest to her fans as her public profile. In 1976 she married the boxer Pedro Carrasco; the marriage was famously turbulent, but produced a daughter, Rocío, and lasted until 1992. On her 46th birthday she met the bullfighter José Ortega Cano, and they married five years later, in 1995.

No-one is quite sure when she was born, because she is believed to have lied about her age. She died in 2006, and is commemorated in her home town by a giant monument, a museum and a special tourist route.

Here is Rocío playing that infamous gypsy temptress Carmen. It doesn't get much more diva than this.


Just a few miles from Alcalá is the little town of Paterna de Rivera, reputedly the cradle of a distinctively mournful style of flamenco known as the Petenera.  There are several theories as to its origin, one of them claiming that it was named after a particularly seductive local singer called Dolores "La Petenera", who lived in the village in the late 19th century.  The Alcalá artist and scultpor Jesús Cuesta Arana created a monument to her in 1982, which you can see as you drive through Paterna, and a contest for singers of peteneras is held there in June each year. 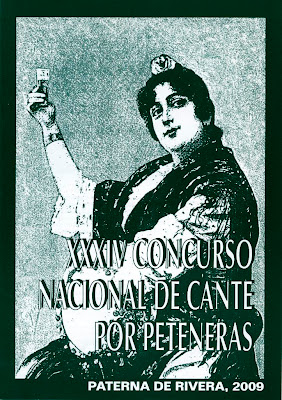 Another female flamenco legend was Pastora Pavón Cruz, La Niña de los Peines (the girl of the combs).  She was born in Seville in 1890 and first sang in public at the age of eight at the Feria de Abril.  She died in 1969 leaving a substantial legacy of recordings, and has subsequently inspired many women flamenco singers. The poet Federico Garcia Lorca said of her in 1933:


This woman's voice is exceptional. It breaks the moulds of all singing schools, as much as she breaks the moulds of any built music. When she seems to be out of tune, she is not out of tune: on the contrary, she is incredibly in tune as, owing to the special miracle of this style and the passion with which she sings third tones and quarter tones, impossible to record on the staff.


María Dolores "Lola" Flores Ruiz (1923-1995), from Jerez, was a famous dancer, actress and singer of both traditional flamenco and copla.  Although not a gypsy herself, she became associated with gitano culture in Andalusian folklore shows with her artistic partner Manolo Caracol.

In 1958 she married the flamenco guitarist Antonio González "El Pescailla", a  gypsy from Catalonia.  They had three children, Lolita, Antonio and Rosario, all of whom had a major influence on Spanish music and film. But Antonio was so distraught at her death from breast cancer that he committed suicide, aged just 33.  One of his best songs, No Dudaria, was subsequently recorded by sister Rosario, a true diva in her own right, and is one of the finest anti-war anthems in the Spanish language.

There are many excellent female singers in Spain today, but it's probably too early to predict which ones will achieve diva status.  One candidate is Malú, niece of the famous flamenco guitarist Paco de Lucía, and rarely out of the pop charts;


Another is Estrella Morente, daughter of the flamenco legend Enrique Morente. Hers was the voice behind Penelope Cruz's lip-synch job in the Almodóvar film Volver.  Here she performs it in her own way:


My final candidate for diva-hood is María del Mar Rodriguez Carnero, better known as La Mari, lead vocalist of the Málaga-based flamenco-chill group Chambao.  Her career was interrupted in 2005 by breast cancer, and she co-wrote a book with her sister on how she overcame it.  She has collaborated with many artists since then, from Ricky Martin to Enrique Morente, and made several chart-topping albums.

La Mari will never be a diva in the Rocio Jurado mould, but that's not necessarily a bad thing. The world has moved on.  Her song Papeles Mojados is about the thousands of Africans who attempt to cross the Mediterranean in flimsy boats in search of a new life in Europe, but never make it.


There are many more fine singers I've left out.  If you can think of any that deserve a mention, please do leave a comment!
Labels: culture, flamenco, music, people

Rotten to the core? 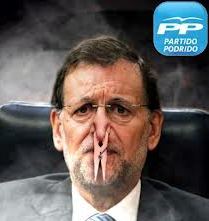 It can't have escaped your notice that Spain's ruling classes are currently involved in some of the muckiest corruption scandals ever seen in modern Europe.  Politicians, bankers, businessmen, even members of the royal family are being exposed on an almost daily basis, as they continue to feather their comfortable nests while six million people don't have a job and millions more are having their wages cut.

To help you get your head round all this, here are some articles in English from the world's media.  If you haven't got the time or the inclination to trawl through all these, just read this recent summary from IberoSphere: Time for Spain to defy expectations as it battles corruption

THE ECONOMIST - 9 February 2013
Spain’s government - Another blow. The ruling conservative party is shaken by a damaging corruption scandal. 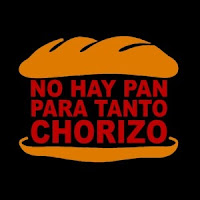 A CHORIZO is a spicy Spanish sausage, best accompanied by a glass of Rioja, though often sliced and served in a doughy bocadillo, or sandwich. Chorizo is also slang for a swindler or cheat. At protests against Mariano Rajoy’s government demonstrators have taken to waving loaves aloft and shouting: “There isn’t enough bread for so many chorizos!”

Now the allegations have touched Mr Rajoy directly. “Never, ever have I received or handed out black money,” he insisted on January 21st. But revelations from Spain’s two main newspapers, El País and El Mundo, claim otherwise. They allege that slush money flowed liberally through the headquarters of Mr Rajoy’s Popular Party (PP) for at least two decades. Some of it supposedly went straight into the pockets of the party’s leaders. “Envelopes with cash were handed out as salary top-ups to certain top party officials,” said Jorge Trías Sagnier, a former PP deputy and the only whistleblower so far to go on the record.  Read the full article


“I believe that the level of corruption that we’re now uncovering is well beyond anything that we had, at least in living memory,” said Alfonso Osorio, the president of BDO Spain, an auditing firm. “This corruption is sending the message that anything goes in the country, which could also really hurt Spain’s image around the world.”   Read the full article 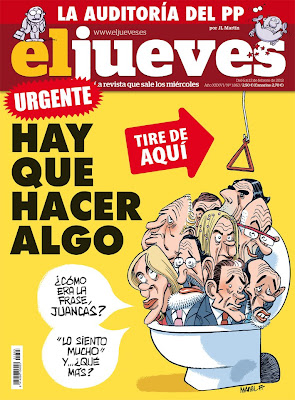 
Inaki Urdangarin, who is married to the king’s second daughter, Princess Cristina, could have properties embargoed if he fails to provide the bail but wouldn’t go to prison. In a court document, investigating magistrate Judge Jose Castro said Urdangarin and former partner Diego Torres “ignored the rules of public contracting as long as they achieved their aim, which was no other than to divert public funds for their own benefit or that of others.”  He said the two agreed to make as much as possible out of Urdangarin’s relationship with the Royal Palace in their dealings with public and private entities.  Read the full article 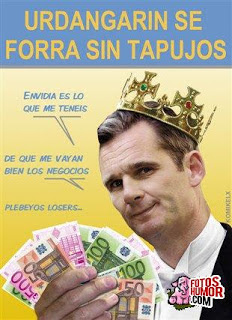 An internal report commissioned by the Bank of Spain has lambasted the central lender’s supervision of the financial sector, accusing it of ignoring malpractice, failing to control excessive payouts and of connivance in illegal activity by the banks.

“During the inspection work, there are relatively frequent signs of conduct that could be deemed criminal,” says the report. “Its normal way of reacting to evidence of criminal wrongdoing is to look the other way.” The report cites the case of Alfredo Sáenz, chief executive of Santander, who was paid an estimated €13 million in 2012, despite being found guilty the previous year of fraud when he was president of Banesto bank. Read the full article 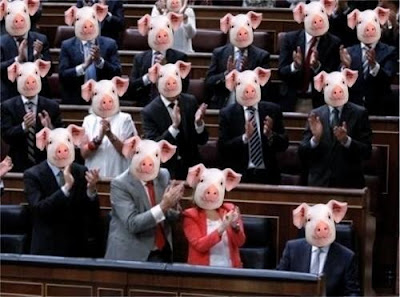 
The former Popular Party (PP) mayor of Pozuelo de Alarcón, who stepped down in 2009 after he was named as a target in the massive Gürtel kickback-for-contracts inquiry, continues to receive an official salary from the ruling party as an advisor, EL PAÍS has learned.

Jesús Sepúlveda and his former wife, current Health Minister Ana Mato, received gifts and other perks from the alleged mastermind of the Gürtel bribery scheme, Francisco Correa, according to a 2011 police investigative report. Correa is out on bail awaiting trial on a host of charges.  Read the full article