Several years ago when we were visiting Alcalá just after Christmas I went to the local shop to buy some flour.  "I´m sorry", explained Jacinta, "I can´t sell eggs or flour today.  It´s the day of the Holy Innocents."  Scratching my head at what appeared to be yet another bizarre Catholic custom I went home flourless. 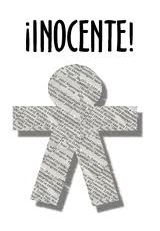 It wasn't until I returned to England and asked my Spanish teacher that I found out what this was all about.  El Día de los Santos Inocentes, 28 December, is Spain´s equivalent to April Fool´s Day.   As the long school holidays drag on, the gap between visits from Papa Noel on Christmas Eve and the Three Kings on 6 January is filled by the opportunity for children to play jokes, known as inocentadas, on their elders and betters - some of which involve eggs and flour.  Other less messy pranks include sticking a cutout paper figure or monigote on someone´s back without them knowing, or putting salt in the sugar bowl.

According to the Gospel of St Matthew, King Herod of Judea ordered the execution of all male children in Bethlehem so as to avoid losing his throne to a newborn King of the Jews whose birth had been announced to him by the Three Wise Men. This became known as the Massacre of the Innocents.  The infants, claimed as the first Christian martyrs, were known as Holy Innocents because they were too young to have committed sin.  (Which is why, two thousand years later, victims of inocentadas must not get angry or punish the perpetrators.)

During the Middle Ages, as so often happened, Christian customs and traditions merged with pagan ones and the Día de los Santos Inocentes became an event where children dressed up in costume and went round their neighbours´ houses singing loudly and asking for cakes and sweets.  This custom, known as pedir al aguinaldo, has largely been replaced now in Spain  by Hallowe'en.  But in some places they still celebrate 28 December with acts of defiant revelry, such as the Fiesta de los Locos in Jalance, or the Flour Battle with fireworks in the streets of Ibi (Valencia).  In Setiles, Castila-La Mancha, the Devil himself makes an appearance and the children follow him around trying to pull his tail.

A common feature in these activities is the concept of role reversal, where masters must obey their servants for the day.  This, along with acts of mischief, disguise, and singing for reward, has echoes in pre-Christian winter festivals such as Yule, and Saturnalia with its Lord of Misrule.   In the Middle Ages the Christian church tried to regulate these potentially threatening activities into festum fatuorum, or Feast of Fools, a brief and controlled outlet for discontent - particularly amongst junior members of the Church itself - usually celebrated in the last week of December. Such festivals, which often included bawdy caricatures of popes and bishops, were banned by the Council of Basel in 1431, and had died out in most of Europe by the 16th century.

The Spanish media get involved in the practical jokes too, though I have yet to come across anything nearly as splendid as the BBC spaghetti harvest.  There was a small announcement in the paper last year that, because the world's clocks needed to be adjusted by one second, there would be an extra bong of the bells at midnight on New Year's Eve.   So everyone planning to follow the tradition of making a wish while eating a grape for each bong would need thirteen grapes instead of twelve ... 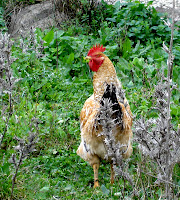 There must be a hundred cockerels in this town.  Early one morning I counted thirteen different cockadoodledoos, each one more distant than the last, as they sounded their unique territorial reveilles.  So there should be at least five hundred hens, scratching about in the huertos (little produce-gardens tucked in between buildings), or living on roof terraces, or even along the roadside.

Other domestic fowl reside here too; we are occasionally held up while driving out of town by a half-dozen stately geese ambling across the road.  One house on the other side of town has turkeys roosting in the orange trees, and there are some strange-looking fat grey birds which may or may not be guinea-fowl, down near the waterworks.

But when I popped out to get some eggs this morning, the first three shops I went in had none.  I was offered several excuses:


The third shopkeeper, however, offered me a solution.  If I would just hold on a momentito ...  She disappeared out the back and came back with half a dozen, all different shades and sizes, some with feathers still stuck to them.  "I'm sorry they are only huevos de campo, they are a bit small, but they are nice and fresh", she explained.  "And I've only got these six just now, but if you come back at the end of the week there should be some more."

Well, I was more than happy to get half a dozen new-laid free-range eggs for one euro.  I wonder what Waitrose charges these days?  How many shopkeepers in the UK would nip out the back and rummage under their own hens so I could have an omelette for lunch?

Eggy facts:
All eggs sold in Europe should be stamped with a code denoting their origin:

In some of the little shops of Alcalá, you can get local huevos de campo that haven´t been through the packing and stamping process, like the ones I bought this morning.  Often their shells are so hard you have to give it a fair old whack to break it!  For this reason they are often given to you in plastic bags rather than trays.

To tell if an egg is fresh, put it in a bowl of cold water.  If it floats to the top, chuck it.  If it stays on the bottom, or just above the bottom, it's fine.

Be careful when asking a male shopkeeper if he has any eggs.  ¿Tienes huevos?  means "Have you got balls?"  Better to say ¿Hay huevos?

Round here they use the verb ponerse a lot in shops - the reflexive form of poner, to put.  ¿Que te pongo? means "What would you like?"  But if you answer "Ponme unos huevos", they might burst out laughing.   Poner has many other uses, including poner huevos - to lay eggs.   I've never risked it;  I stick to the book and use the verb dar, to give:
Dame una docena de huevos de campo, por favor.  Give me a dozen free-range eggs, please.

I am English so I can't stop myself saying por favor, but of course this instantly marks me out as a foreigner.  The Spanish rarely use it in this context. 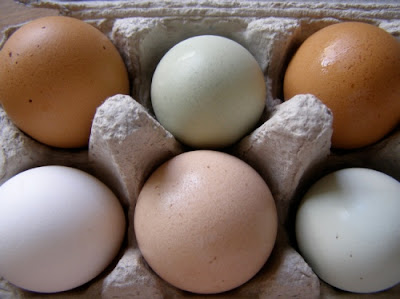 Away with the birds

We had been looking forward to a day's birdwatching with Stephen Daly of Andalucian Guides for weeks, and the recent wet weather even compelled us to buy some wellies just in case.  But we need not have worried; the day dawned clear and bright, if nose-drippingly chilly.

We met Stephen in Benalup where we piled into his  4x4 and set off along an old drover's trail, now part of the Corredor Verde Dos Bahias hiking route from Los Barrios to the Bahia de Cadiz.  This took us into the area known as La Janda, once a vast inland lagoon but drained in the 1950s in order to grow crops (mainly rice).  Stephen was a mine of information; we learned that the work had been paid for by the Americans in a deal with Franco whereby the US established military bases at Rota and Morón de la Frontera, and the malaria-infested lagoon was drained and then drenched in DDT to kill off the mosquitos.  Fortunately the area still attracts huge numbers of migrating birds and the paddy-fields provide a larder for them over the winter.

After a few hundred yards Stephen stopped the car and lent me some sensible binoculars to replace the toy ones  I usually carry.   The flat, ploughed fields and reedbeds were just teeming with birds.  He rattled off the names as I struggled to focus the binoculars -  white wagtails, serins, meadow pipits, goldfinches, chiffchaffs, corn buntings, lapwings, several flavours of plover, red-legged partridges and the improbably named zitting cisticola, clinging to a reed like a small fluffy wren.

Sitting quietly in a vehicle you see far more birds than when you are walking along chatting.  Stephen exploited their natural curiosity by making psssst noises, which makes them pop up to see what´s going on.

Further into La Janda we pulled up to watch some large birds coming into land in a field of what looked like grey boulders.  In fact the boulders were Common cranes, hundreds of them, grazing peacefully.  Having written a post on this blog about these splendid birds recently, I was hoping we might see one or two ...

The raptors also sent us into rapture - kestrels, marsh harriers, hen harriers, a distant Bonnelli´s eagle or two, and later on a black-winged kite, a rare sight apparently, but he wheeled and glided around us long enough for Stephen to take plenty of photos.

The next delight was a series of purple swamphens, formerly known as gallinules, spaced every 20 metres or so along a drainage ditch between the paddy fields.  Like plumper, gaudier versions of the moorhens seen in the UK, their bright red legs and incredibly long toes are perfect for walking across the submerged reeds.

After lunch we drove south towards Tarifa and up into the rocky hills behind Bolonia, to a nesting site for griffon vultures.  Some of them were sitting in the rocks, preening and enjoying the afternoon sun, while others circled above on the thermals.  We had hoped to see peregrine falcons, but they were having a day off.   The soundtrack was provided by stonechats, black redstarts and Sardinian warblers.

Thanks to Stephen for a great day, despite the jokes.  And apologies to all the birds I've left out ...


**********
I didn't take any photographs of birds, because with a pocket digital there is no point, but here are some taken by Stephen (many more can be found on his excellent blog http://andalucianguides.blogspot.com/):