Like most Andalusian hill-towns, Alcalá used to have a castle.  It was built by the Moors in the 12th century, at the highest point of the town with commanding views in all directions.  When the Christian king Alfonso X "El Sabio" reconquered the town in 1264, the castle was extended and remained in use for the defence of the town for many centuries. 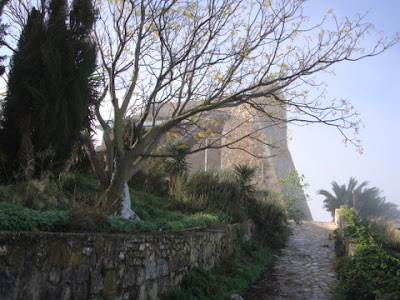 Unfortunately most of it was destroyed by French soldiers during the Guerra de Independencia (Napoleonic Wars).  Both the French and the Spanish troops wanted it because of its strategic position as a lookout post. The Spanish tried to repair it for this purpose but didn't have the materials.  The French managed to occupy it in September 1811, but when they were forced to retreat they blew up the walls to stop the Spanish using it.  All that remained was the keep (known as la torre de homenaje in Spanish).

The keep was declared a site of historical interest in 1984, but remained basically a pile of rubble until restoration work began in 2005, using European Union funds and administered by the Diputación de Cádiz.  Work continued in four stages until it was finally completed earlier this year. Although based on the original layout, there was too little of the structure left to restore to its former state, so modern features have been incorporated. 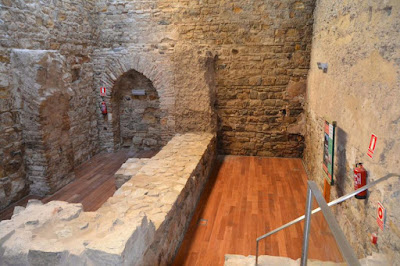 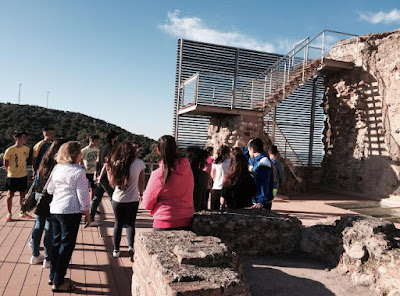 The castle building won't be left open to the public on a daily basis, although you can walk round it and enjoy the views.  Anyone interested in a guided tour should contact the town hall (tel. 956 42 81 48 or send a message via their Facebook page

For some great photos of  the castle and this weekend's activities see Pedro Martin's blog Alcalá a través de mi objecto. 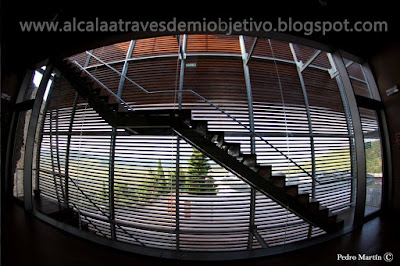