Spain's "final solution" 1749: how they tried to get rid of the gypsies

Gitano culture and language are so closely intertwined with those of Andalucía as to be almost indistinguishable. But Spain has long had an ambiguous attitude towards the Romani people, saluting them as bearers of folkloric traditions such as flamenco and sevillanas with one hand while clearing them out of their homes with the other.
The word "gitano" is derived from egiptano, an archaic Spanish word for Egyptian (today they use egipcio). The English word "gypsy" has the same root. However they originated from the Punjab region in northern India, nowhere near Egypt.  The reason for the misnomer is unclear - some may have entered Europe via Egypt, or perhaps European mistook them for Egyptians because of their appearance.
The first Romani arrived in Spain early in the 15th century, travelling in large family groups, and in 1425 were given a guarantee of safe conduct by the King to make a pilgrimage to Santiago de Compostela. In 1470 a group arrived in Seville and settled in Triana on the other side of the river from the city.  This community was of great benefit to the government at a time of constant wars, as they produced horseshoes, cartwheels, even cannonballs for the army.
Following the "Reconquest" of Christian Spain in 1492 the Catholic monarchs expelled Jews and Muslims who wouldn't convert to Christianity, but the gitanos managed to escape such ethnic cleansing.  At this time there were around 3,000 still living a nomadic existence.They had their own version of the Christian faith, being especially devoted to the Virgin Mary, so couldn't justifiably be persecuted for heresy. But what irked the authorities most was their inability to pin them down and make them pay taxes. Various edicts were issued to try and restrict their movements to no avail, and over time they acquired the reputation of being ungodly and untrustworthy vagrants.
In 1749 King Fernando VI, advised by the Bishop of Oviedo (then Governor of Castile), decided to take a more drastic step. The Bishop believed that since attempts to submit the gitanos to the law of the land had failed, it was necessary to expel them.  The original intention was to send them to the American colonies where they would be put to work as slave labour in factories and mines, but a similar plan by Portugal the previous year had failed so this idea was dropped. Instead they decided that the most humane "final solution" (we are not barbarians!) to exterminate the gitano people would be to round them up and separate the men from the women, so they would be unable to breed and the race would die out.  This operation was known as the "Gran Redada" - the Great Roundup.
Is extermination too strong a word?  Judge for yourself.  Fernando's confessor, the Jesuit Father Francisco Rávago, stated: “The means proposed by the Governor of Castile to root out this bad race, which is hateful to God and pernicious to man, seem good to me. The king will be making a great gift to God, Our Lord, if he manages to get rid of these people.”
On 30 July 1749 army officers delivered sealed envelopes to mayors across the country containing orders from the King: the following morning every man, woman and child of gitano blood must be rounded up and arrested, and their belongings seized (the sale of these assets was to pay for their maintenance and transport).  Around 9,000 of the estimated 12,000 gitanos living in Spain at that time were duly rounded up. Men and women were separated and sent to different parts of the country, able-bodied men to work in naval arsenals such as the one in Cartagena (Murcia), and women to work in garment factories. This guaranteed the state a useful supply of cheap labour. Boys of up to seven years old were permitted to stay with their mothers and be taught a "useful trade" until they were 15, when they would join the men.  Those too infirm to work were imprisoned.
Before this exercise could take place it was necessary to designate prison camps where the gitanos could be held, thus preventing them from claiming sanctuary in churches as they had done in the past, thanks to an edict from the Vatican.  Some churchmen, including the chaplain of a monastery in El Puerto de Santa Maria, objected to the Great Roundup and protected gitanos from arrest. The Archbishop of Seville, where the city gates had been locked overnight without warning to prevent their escape, protested strongly and demanded assurances that the prisoners would not be ill-treated. However in other cities such as Vélez Málaga the gitanos surrendered voluntarily, much to the surprise of the soldiers. They must have thought their lives could only get better.
There was little resistance among the Romani population to the Great Roundup. What there was came mainly from the women, who organised mutinies and protests. Ildefonso Falcones' novel The Barefoot Queen (La Reina Descalza) brings these events to life in vivid detail. 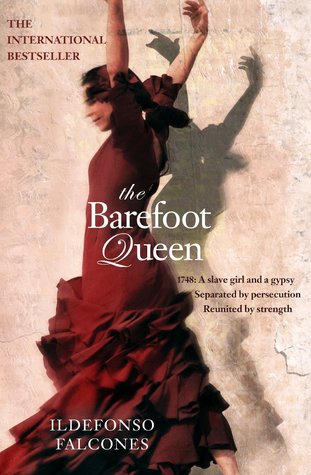 It soon became evident that the scope of the project was beyond the means of the authorities, who had insufficient places to hold the detainees and insufficient funds to maintain them. In October 1749 they released all the gitanos who could demonstrate a "good way of life", promising to give up their nomadic ways and become integrated into society. Many registered with their Town Hall as official residents and held regular jobs, such as blacksmiths and potters.
The less compliant gitanos remained in captivity until 1765, when they were pardoned (although guilty of no crime other than their ethnicity) by the new king Carlos III.   These included a handful of men unable to work who had been locked up in Santa Catalina, Cadiz, for sixteen years. In 1783 an edict was issued by the Prime Minister confirming that the gitano people did not come from an "infected root" and the persecutions officially ended.
During the 19th Century Spain fell back in love with its gitano communities, as can be seen in the endless scenes of bucolic charm produced by the Romantic artists, and the acclaim given to gitano singers, dancers and bullfighters.  Flamenco was hailed as essentially Spanish in an era when nationalism became more important than ever.  The Triana community became a focal point for flamenco culture, with gitano families singing and dancing in their shared patios for themselves and and in "cafés cantantes" for the public.
But in the middle of the 20th century the Civil Governor of Seville decided that Triana was too valuable a piece of real estate to be left unexploited.  In 1957, in a cruel echo of the 1749 Great Roundup, the gitanos were forced out of their homes to be rehoused in prefabricated slums on the outskirts of the city.  These remain areas of intense social deprivation to this day, while Triana exists as a gentrified parody of its gitano heritage.
Labels: culture, flamenco, history